You probably remember Pingu, either from watching his show as a kid or from watching the show with your kid - either way, you’ll most likely find his nonsensical honking either charming or the most annoying sound imaginable. Noot noot!   [caption id="attachment_2622" align="aligncenter" width="400"]

Source: http://static.tvtropes.org/pmwiki/pub/images/pingu_506.jpg[/caption] Fun fact: David Hasselhoff released rap song based on the tv show called “Pingu Dance” because, well, what else are you going to call a song about Pingu? You can listen to it here if you think you can survive almost 4 minutes of The Hoff freestyling to penguin sounds (we barely made it past 2 minutes).

Remember the Woody Woodpecker show? It was Universal’s answer to Loony Tunes, and one of its animated shorts featured this adorable little guy in a bobble hat who just wants to get warm and find some kind of sustenance. [caption id="attachment_2623" align="aligncenter" width="236"] 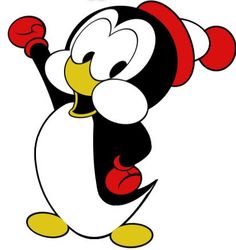 Source: https://rufiojones.files.wordpress.com/2011/12/cw.jpg[/caption] He might not be big and he might not be clever, but we can all learn a thing or two about persistence from Chilly Willy who often, after having been evicted from whatever premises he’s infiltrated, appears right back inside to seek what he’s looking for (much to the dismay of Smedly the guard dog).

“Hang on a minute, that’s not a penguin, that’s a chicken!” you might say at first glance, but look a little closer and you’ll find this avian sneak is not what he appears… [caption id="attachment_2625" align="aligncenter" width="512"] 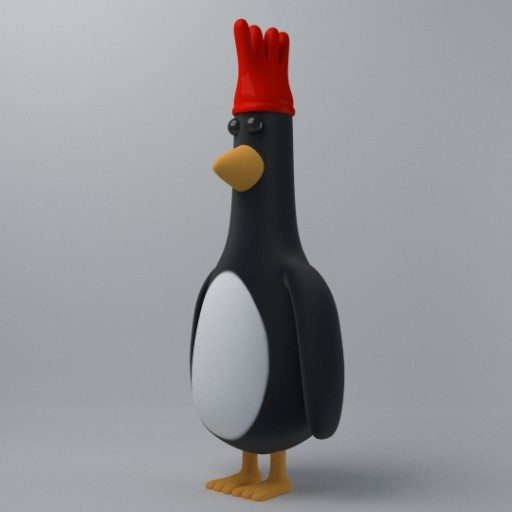 Source: http://www.blendswap.com/files/images/2014/04/image73463/medium_9d0e1182ef52df89850b3839d2722b0a.jpg[/caption] Under that cunning disguise is actually the notorious criminal mastermind, Feathers McGraw! Silent and deadly, Feathers uses body language and facial expressions to communicate - much like Gromit, whom he forces out onto the streets. Key takeaway: Never trust someone who wears a glove on their head.

Poor Mumble couldn't find his voice, and although his peers mocked him at first, they soon discovered that what made him different made him special. [caption id="attachment_2626" align="aligncenter" width="316"] 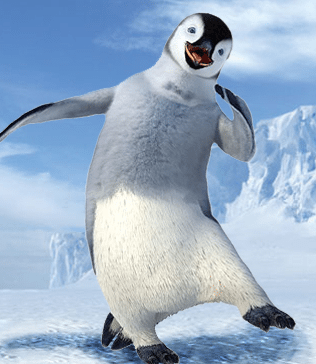 Technically this counts as 3 penguins, but we’ll give them all one spot because they’re a team. These guys might look harmless enough with their cute little tuxedo bodies and their tiny orange beaks, but these guys aren’t to be messed with. Their resourcefulness knows no bounds, and if you’re not careful, they’ll commandeer your ship when you’re not looking. [caption id="attachment_2627" align="aligncenter" width="300"] 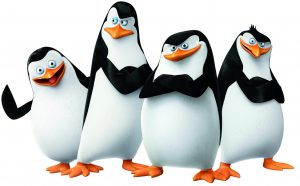 http://www.thebraggingmommy.com/wp-content/uploads/2015/02/peng_cg_penguins_14.jpg[/caption] Fun fact: Did you know Benedict Cumberbatch, who lends his voice talent to the Penguins of Madagascar movie, can’t actually say penguin. You can hear him try and pronounce the word here (pengwings? penglings?). Struggling with your accounts? Let Pip and our contractor accountants give you a hand (or flipper).